A superb 3-0 win away against Wapping this Saturday has rounded up a successful season for our Upminster Mens 1st Team and, despite losing some games unexpectedly, have managed to produce enough when it mattered in order to secure the promotion. Upminster are now looking forward to the challenge of Prem B next season!

The ladies 1s have also had a great season winning 16 matches, drawing 5 and losing only 1 match. We scored our highest number of goals and also conceded our fewest number of goals to secure promotion to East Prem with 3 matches to spare. Notable performances include our 1-0 win against champions East London, our 1-0 win against Blueharts and our 4-1 win against Chelmsford that secured promotion. Every team member put in great performances over the season with special mention to player of the season Michelle Wright, defender of the season Lauren Slater and top goalscorer Jemma Cresswell. Goalkeeper Charlotte Triggs also put in a number of fine performances, making crucial saves when needed to. We now return to East Prem after an absence of 6 years, and are pleased to announce that our coach Glen Noller will be with us another season and look forward to the challenges a higher league presents. 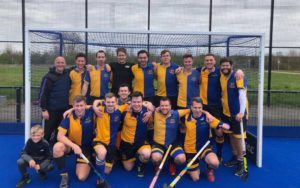 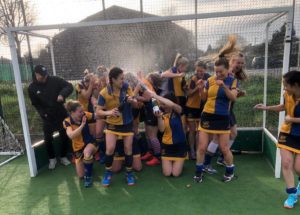